African Renaissance: The Dark Side of The Green Revolution

When hearing the phrase “energy conflicts” the mind immediately races towards fossil fuels and the issues facing their consumption. From climate change to human rights concerns, the challenges faced by the global consumption of this commodity are well documented and understood. The solution proposed is the transition towards the green economy. This would involve generating energy sourced from sustainable processes like Nuclear or renewables like Solar.

The electrification of consumer products and industrial processes will divert from the use of nonrenewables fuels to make economic activity like truck transportation green. However, what isn’t explored is the conflicts emerging from this transition. Many advocates will ignore or neglect the potential short-term contention due to the perceived long-term gain from renewables. Similar to the geopolitical struggles involved with the petroleum trade, the clash of civilizations has always been about resources. Ethiopia’s Renaissance hydroelectric dam project threatens Egypt's food supply through the depletion of the historic Nile River. 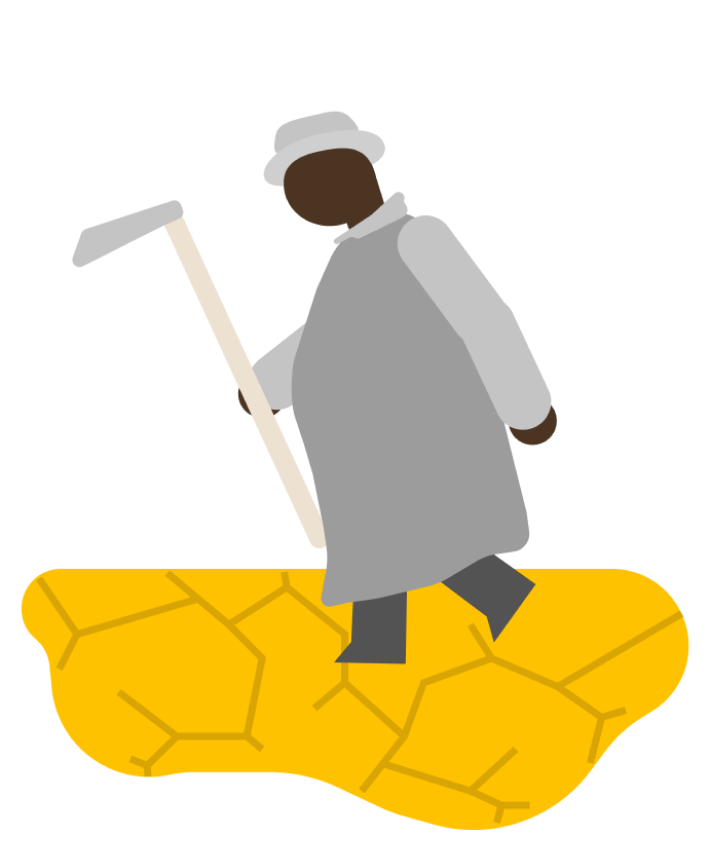 One of the oldest civilizations in history, the Egyptian people like many ancient civilizations formed around river banks. The Nile has historically been the site for the best agriculture in the world providing the food necessary to feed Ancient cities like Rome and Constantinople. One main reason this project has become a topic of nationalistic pride is due to the history of the natives. Egypt has just recently been ruled by Egyptians. From Alexander the Great to various Sultanates to more recently a protectorate of the British Empire, Egypt and control over the Nile and Suez have been a strategic goal of any Global Empire. For centuries the locals have been subject to policies and visions of their conquerors and have not seen much of their resources and wealth enrich them. This resentment allowed in 1952 a group of Army Officers to overthrow the Pro-British Albanian Royalty and establish a republic. One of many major events in the 20th century was when the Republican government tried to reclaim the Suez Canal for their people. The canal has a unique importance and was symbolic to the British and French, who were the majority shareholders. This triggered what would be known as the Suez Crisis in which Egypt would be invaded for merely asserting claims to land and infrastructure they built. Traditionally, Egypt’s strategic risks involved invasion for its Eastern or Northern Borders however this has Egypt refocusing its attention and resources on its African and Southern Borders. This mindset along with their history is important in understanding the actions of governments in foreign policy. 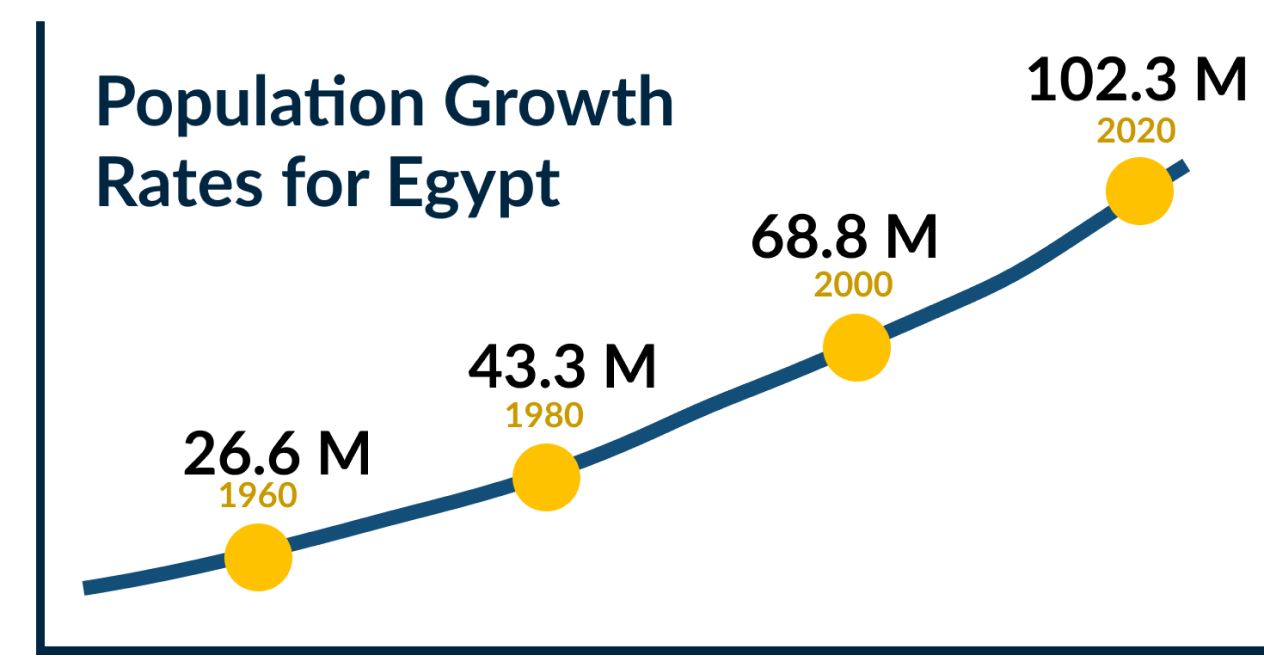 African History is largely ignored in most curriculums in the West. The covered history typically begins during the 19th century when the Great European powers decided to divide the continent among themselves into Colonial possessions. The only modern African nation to be exempt from this was Ethiopia. Surviving conflicts with the Italian Empire into the later 19th century, the country remained the only uncolonized African Country. The nation may have survived external pressures however the country itself has never been truly unified until recently. Ethiopia is incredibly diverse ethnically; the current largest ethnic group only comprises 34% of the population. Along with the geography and mountainous terrain in the country, this has made the process of Federalization incredibly difficult; limiting economic opportunity. Under the new administration of Abiy Ahmed, these tensions have seen a relaxation with even a peace deal signed between neighbouring Eritrea however recently another armed conflict broke out within natives of the Tigray region. This demonstrates that the government coalitions aren't permanently fixed and significant political risk remains if foreign investments are considered. That is why a large part of the funding of the dam was fronted by the people; making the conflict with Egypt on this issue significantly more emotional for the populace. For the country to see continued foreign investment and economic growth for the people there must be a political equilibrium within its borders and with its neighbours.

The Nile River along with the Amazon is the most recognizable waterway in the world yet the true source of the river is still unknown. The river has 2 main tributaries; the Blue Nile originating from Lake Tana, Ethiopia and the White Nile from Lake Victoria, Chad. These two converge at Khartoum, capital of Sudan to form the Nile proper. The Blue Nile accounts for nearly 85% of the river's water. In 1959, building on previous colonial treaties; it gave Egypt control over nearly 66% of the river flow along with a veto on any upstream projects. Ethiopia was never properly consulted nor was a signature on any of these agreements. 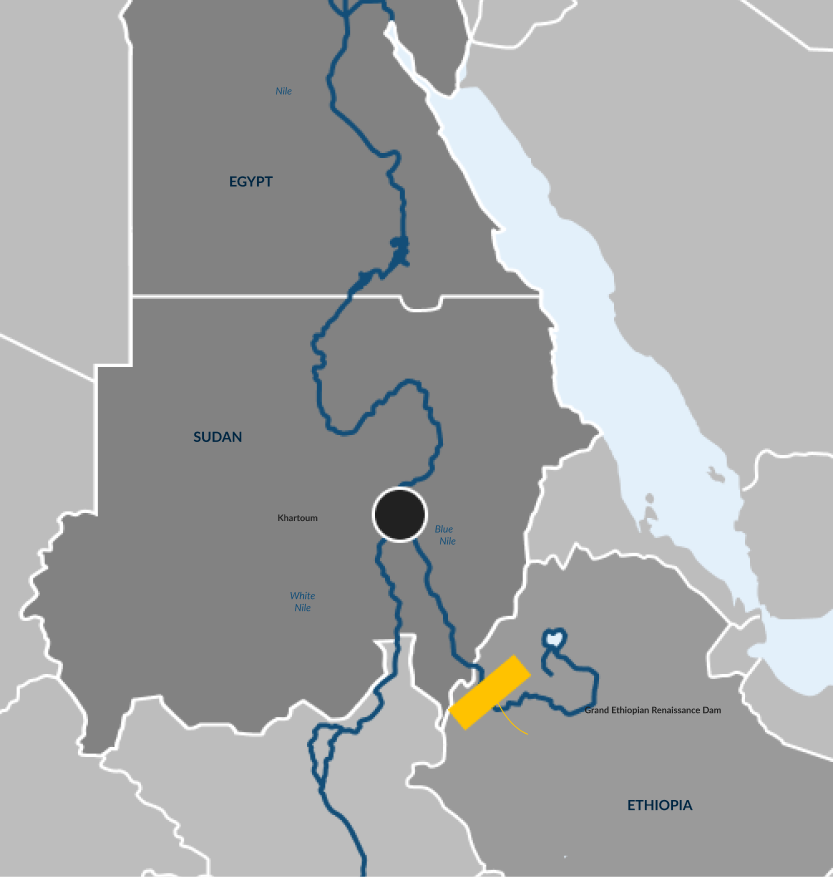 Construction broke ground in 2011 and just this year the dam began in 2020. The project was largely financed by the taxpayers, nearly $3B to avoid foreign investors being pressured by Egypt. Around $1.8B was financed by Chinese Banks. Upon completion, it will be the 7th largest hydroelectric power plant in the world; generating nearly 6.45 gigawatts of energy. The filling process is complicated with ongoing negotiations being broken, however, the expected timeline is between 5-15 years. 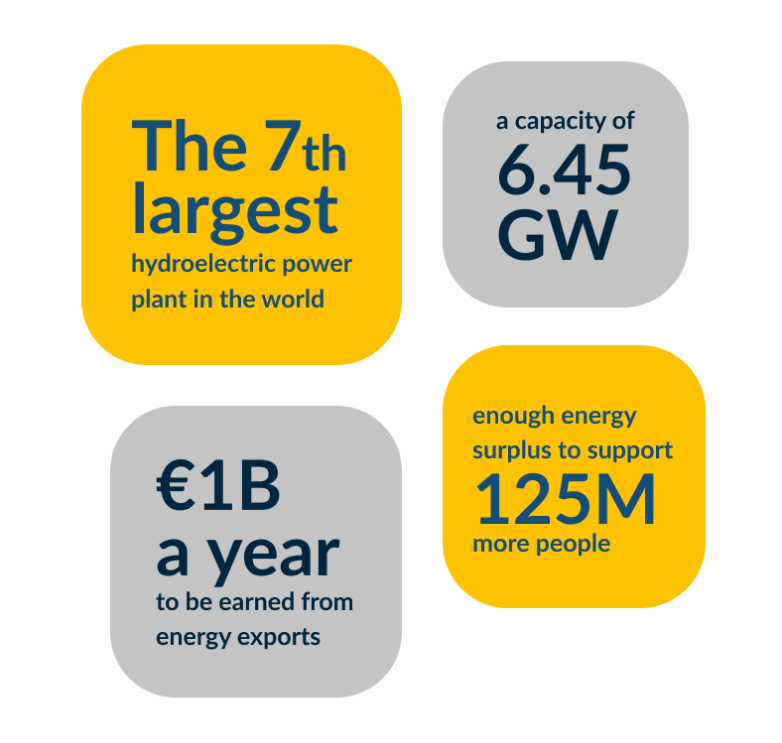 This dam has the potential to power electricity for nearly 234M Ethiopians while only having a population of 109M. This surplus of energy will be a multiplier in their economy and generate gross revenues of $1B annually. Energy independence is a key strategic and economic goal of any country; Ethiopia will achieve this while being one of the cleanest in terms of generation. The energy budget of an average Ethiopian can and will significantly increase and ease theirtransition during the electrification of industrial processes. This is a landmark project for the country and its potential to improve the lives of the working class is the reason the people are very much invested. In the past, the country was largely ignored in treaties, despite contributing the majority of water to the river’s flow; now the country has the chance to gain from their resources becoming the largest energy exporter on the continent. Economic history has always indicated that the capacity of energy products is directly correlated to the productive potential of the workers. With the potential of long-term economic prosperity, the likelihood of political violence will significantly decrease and therefore foreign investment will be much more secure, benefiting from positive feedback.

The agriculture sector represents nearly 12% of GDP and 24% of the workforce in the Egyptian economy. The government exercises serious control from resource management to production. This only increases pressures as the outcomes of harvest are the direct responsibility of the government. 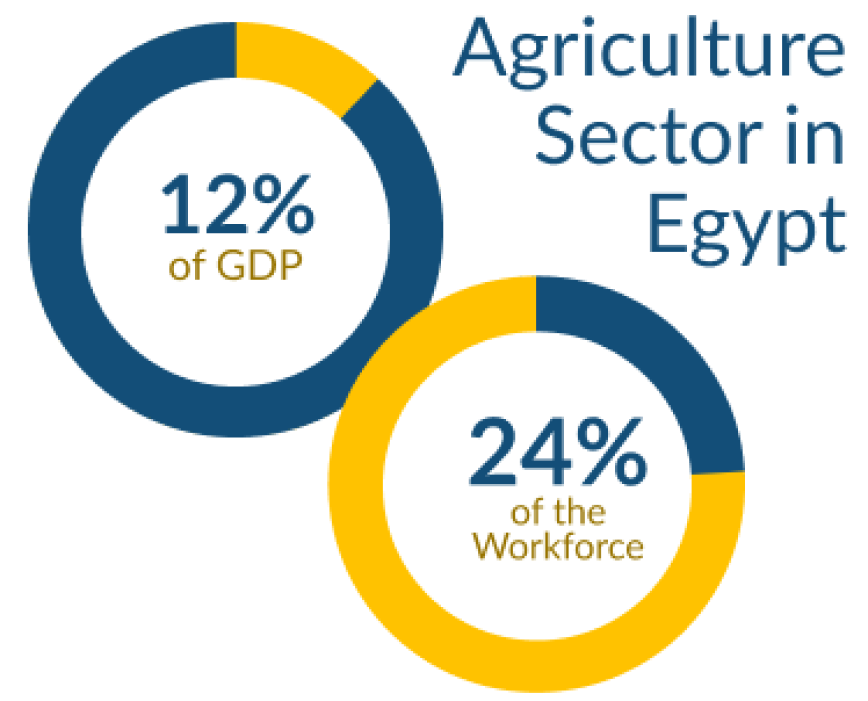 Sudan’s historic role has always been a middleman in the process. The country has cultural and military ties to Egypt and is concerned about the downstream impact. However, in this case, the country may significantly gain from the construction. A cleaner and reliable energy source is a major goal for the nation. Other benefits included are prevention of flooding by controlling the flow of the Blue Nile; increasing the output of agriculture. Thus Egypt is very much politically isolated with only a small US presence backing Egypt. Current talks have resulted in little progress along with tensions being flamed. Ethiopia has installed Anti-Aircraft and SAM systems near the construction to counter this threat. The key negotiating goal will be to reach a compromising treaty on the planned filling of the dam with rules on prolonged droughts. Egypt is also expected to play a role in their water management by increasing efficiency in farming as well as growing less water-intensive crops. A model treaty already exists in West Africa surrounding the Senegal river, 4 countries that share the river have acknowledged the relied dependence and have planned projects accordingly to protect downstream nations. Perhaps the solution lies in Egypt realizing the geographic reality of the Nile, that the waterway is a shared resource and failure to cooperate will only be more devastating for the country.

This situation is not unique in the world. With any platform of energy generation, there will be conflict on the resources necessary to produce it. Cobalt is a key mineral in almost every modern electronic device and disputes control 66% of the trade, the DRC has seen very little of the profits. In relationship to dams, currently, China is leveraging its economic and geopolitical power to control the flows of water from the Tibetian Plateau, affecting the agricultural output of India and Bangladesh. What is also ignored is the potential environmental impact not only to downstream agriculture but Carbon emissions. Yes, hydropower the clean sustainable resource is responsible for emitting nearly 1.3% of the world's greenhouse gases through rotting vegetation in the reservoir, for reference Aircraft are responsible for 4% of the world’s emissions. The continued push for clean energy through political agendas often ignores larger economic and climate impacts in the fine prints. The reality is moving from fossil fuels will not remove the international pressure to secure resources but only shift the focus to others. The lesson to understand is stated best by Economist Thomas Sowell-

Meaning with any approach to solving our problems with climate and economy, there is going to be consequences to any alternatives to the status quo. The key to achieving net-zero emissions while providing economic prosperity to the third world will be in balancing these expectations and cooperating on a shared vision.