Waterloo Business Review had the privilege of sitting down with alumnus Mike Hejmej over the summer to speak to him about his experiences, as well as his time at the University of Waterloo (UW) and Wilfrid Laurier University (WLU). Mike graduated from the joint Mathematics and Business Administration (Math/BBA) program in spring 2017 and is currently the Chief Executive Officer at his restaurant chain, Pierogi House, based in Kitchener. He previously worked as a Consultant at Bain and Company in their Toronto office upon graduating from the University of Waterloo and Wilfrid Laurier University.

Early on, Mike was unsure as to what he wanted to pursue for post-secondary education but sought a program that would give him a strong technical background that would also teach him about the real-world applications from his learnings. This led him to the joint Math/BBA program as Math was a challenging foundational discipline with endless real-world applications, while the business component allowed Mike the flexibility to apply and understand those applications through various means. Through his co-ops, Mike was able to narrow down, little by little, his professional focus and passion. Mike would go on to complete valuable finance internships but soon realized he wanted to continue exploring different roles until he found his ultimate passion.

Through extracurricular involvement and case competitions, Mike found his passion for business and problem-solving which later fueled his interest in management consulting. He sought a career where day-to-day tasks and projects were rigorous, yet also ambiguous - calling on skills that he had developed through experiences during undergrad. Having achieved success in undergraduate case competitions, Mike thrived under rigorous case-based environments. Soon after, one of Mike’s mentors would introduce him to the world of consulting, explaining that consulting would be a place where he would get to solve opaque problems with no two days being the same. Mike recounted his initial reaction to management consulting as: “that sounds way too good to be true” and was thankful it ended up being the perfect fit for him. Upon graduation, Mike started full-time at Bain & Company where he worked for four years with Private Equity clients & Fortune 500 companies from across the world.

Along the way, and by virtue of working with executives on projects which require high-level strategic thinking, Mike would have a lot of takeaways. Working at Bain, Mike went through a lot of learning - attributable to the processes that had long been established at the firm.

As a newcomer at the firm, Mike recalled a manager sitting him down early in his journey to pinpoint areas where he needed improvement. Having his manager credit him for the tools and skills he had, Mike was motivated and determined to succeed by actively embracing learning through failure. Mike recalled projects where he and his teams would work tirelessly on cases, only to learn towards the end that the approach or finish wasn't quite right. These learnings and constant trials with errors reinforced Mike's comfort level when faced with uncertainty. Mike credits his learning at Bain as a key driver in his success and growth as a professional during his four years and said, “Failing at a task yourself first is the best way to learn, you’ll never learn without trying to learn by yourself”.

During his time at Bain, Mike also had the chance to work on a lot of commercial due diligence projects within the firm's Private Equity Team. At Bain, the work on such projects consisted of working on later stages of deal processes to help clients (often Private Equity firms) validate their investment theses by performing deep dives into a given firm, industries, markets or even deals. These projects often would be driven by one or several underlying questions that when answered, provided key information in order to make informed investment decisions, or otherwise help to realize opportunities for value creation. For Mike and his clients, there was a lot of learning and growth. Mike reflected and said, “If I look at the beginning and endpoint of each [case], it’s a completely different Mike.” Similarly, by evaluating factors across competitive moats, strengths and weaknesses, integration, and synergies - clients and investors would be able to make appropriate and informed decisions when deploying capital. Highlighting one of his projects, Mike had the chance to work with one of the world’s largest tech companies and was given a lot of control because of his past experience and results. The client sought support regarding a global transformation, and Mike was tasked to manage the governance behind the Americas division, helping the company drive the transformation across the region.

“Having the vertical myself, the biggest learning for me was how crazy a company is behind the scenes at the highest level.”

Having worked on large-scale projects during his time at Bain and seeing the magic behind the scenes of leading ventures, Mike continued to apply his expertise to the next chapter of his career - Pierogi House. From the get-go, this was great as it allowed him to connect two of his deepest passions - business and food. Working through the project, Mike was fascinated by the business model and sharply identified key areas to drive and increase value - coming up with an early investment thesis he would soon, step by step, test and validate. He believed for there to be a ton of “low-hanging fruit” that can strengthen the business, large room for growth with its competitive edge, and a great franchise model. Fast-forwarding a few years and then finding himself, and much of the world still in the onslaught of the COVID-19 pandemic, Mike knew he needed a change and Pierogi House was a business he was growing more and more curious about. Eventually, the opportunity to gain majority ownership of Pierogi House would present itself in July 2021 and Mike, with a team of supportive investors, would become an owner of the business. One of those investors includes his father. For Mike, the opportunity to gain ownership of a strong and well-positioned business while working with his family was everything he could have wanted, and a new direction for his career he is very passionate about and equally excited for.

Now as the CEO of Pierogi House, Mike finds himself applying the skills he obtained at Bain, like the 80/20 rule, at the restaurants. He highlighted that there are so many ventures the business could be taking on at this time which is why they had to plan and prioritize accordingly. As an example, Mike recounted the first week at Pierogi House, where a big board was used to visualize, and eventually apply the 80/20 rule to help prioritize upcoming initiatives. Eventually, the board would be filled with 80 to 100 sticky notes, each written with an initiative which would be organized into a matrix. On the y-axis, the team measured the ease with which these initiatives could be achieved, while the x-axis illustrated how much value they would bring. As weeks went by, the matrix grew larger with more and more ideas and initiatives being added. “Our entire mentality in the team has been 80/20 in the last two months”. After constructing the matrix, Mike and the team started with its upper right corner which contained the initiatives that were the easiest to implement and brought the highest value. Afterward, the team continued to tackle the initiatives requiring medium effort but offered high value. Quadrant by quadrant, the team is now beginning to shift focus to the ones that are very difficult to achieve but could push the business forward. 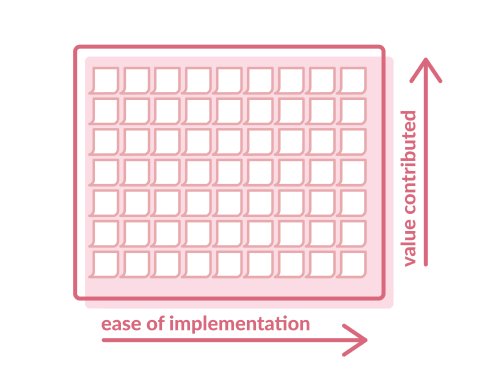 “Every day, priorities change - something gets added, something gets taken away.” Mike finds that this strategy has helped accelerate the growth of his company and has helped bring focus to what brings the most value and works directly towards the vision. “We’ve seen such a big impact in the business and it’s just incredible”.

Achieving milestones one after another, Mike and his team continue to expand Pierogi House with their unrivalled recipes. They are especially excited about their recent Brisket Pierogi launch with Lancaster Smokehouse, based in Kitchener. On top of the new addition to the menu, the team is also looking forward to three new locations this year, responding to the high demand from their customers. Local partnerships have been one of the success drivers for the business and Mike believes for it to be an important piece of the puzzle in Pierogi House’s future endeavors. One of Mike’s macroeconomic ideologies plays a role in his outlook on the business. He suggests the concept of aggregation and disaggregation entails the process of the world shifting from a concentrated economy into disaggregated, or relatively scattered business forms, every few decades. That is, before technology, there were restaurants that allowed customers to source their purchases from their own community. Then, retail giants came along and aggregated restaurants and retailers to conveniently become customers’ go-to’s for purchases in one stop. “Now, thanks to technology, we are going back into a disaggregated economy because we can see reviews. It has become easier than ever to determine the quality of a good by inspecting others’ reviews on them through the internet and community.”

Looking back at his time in undergrad, and so far through his career, Mike felt grateful that he was able to discover his passion for business and find mentors from whom he was able to receive advice, and guidance. 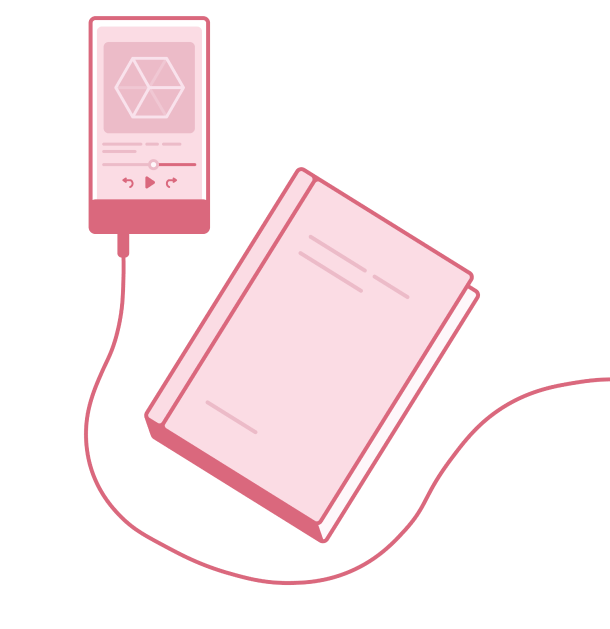 Beyond academics, Mike encourages students to embrace external learning. “Books and podcasts - they changed many of my perspectives on life.” Podcasts like Robinhood Snacks Daily, How I Built This, Business Breakdowns…” are just some of Mike’s recommendations for students who are looking to gain in-depth knowledge in the entrepreneurial world. Mike also puts great emphasis on learning from people, taking the time to find the right balance for you and a lifestyle that is sustainable will serve students well in the long run - it is never too early to start.